Visiting Rome is one of my ultimate travel dreams and I am very glad I was given the chance to make this dream come true. My interest in Rome started way back high school, most specifically during our world history class. I was fascinated with its vast collection of beautiful places and from then on I started dreaming of visiting Rome.

My first visit to Rome was the most memorable and enjoyable trip I ever had. I know Rome is a great place but I never have thought that it is far more than what I expected it to be- in a good sense of course. What I experienced in Rome was overwhelming. Being able to visit various spots that were dated hundreds of years ago and being able to witness in front of my eyes the eloquent masterpieces of the great artists of the history made me cry in joy.

Aside from the top 10 sightseeing in Rome that I have shared on my previous post, I have also been to some other monuments, chapels, fountains and piazzas in Rome. Among the best places I have also been are: 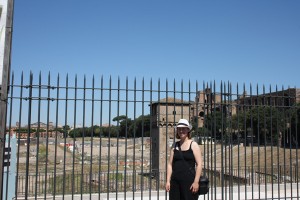 I am a big fan of the movie “The Gladiator”. In fact, I have watched the movie countless times already since I got my DVD copy more than 7 years ago. Before, I was just seeing the gladiator arena in the movie. Who would have thought that I could have a chance to visit Circus Maximus.  The Circus Maximus was the largest race course in Europe. Primarily, the race course was designed and used for chariot races. However, it is likewise used for athletic competitions and processions. It was also the main ground for gladiator fights. Unfortunately, Circus Maximus experienced three fires and today, the only things left in there are the racing track covered with grasses and the central barrier’s outline. 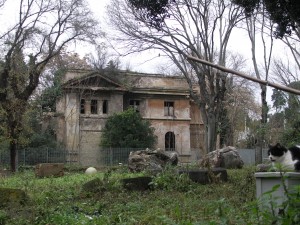 Among the historical places I love in Rome is the Baths of Caracalla. With a total land area of 120, 000 square meters, The Baths of Caracalla was considered the second largest baths in Rome which can accommodate as much as 1,600 guests. It is consists of private and public houses that are open not only to rich people but also to the poor ones, regardless of their gender and age. The Baths of Caracalla was not merely used for bathing but it was also build with libraries, offices, gardens, shops and terraces. There were also different rooms that can be found in the place, including dressing rooms, massage rooms, sweat rooms, reception rooms and warm rooms.

This monument is made in honor of Victor Emanuel II who was buried in the Pantheon. It is built with white marble and is located somewhere in between Piazza Venezia and Capitoline Hill. The monument also features some columns, statues and grand stairways.

Certainly, a weekend is not enough for a Rome visit. However, my weekend experience in Rome costs more than a lifetime.